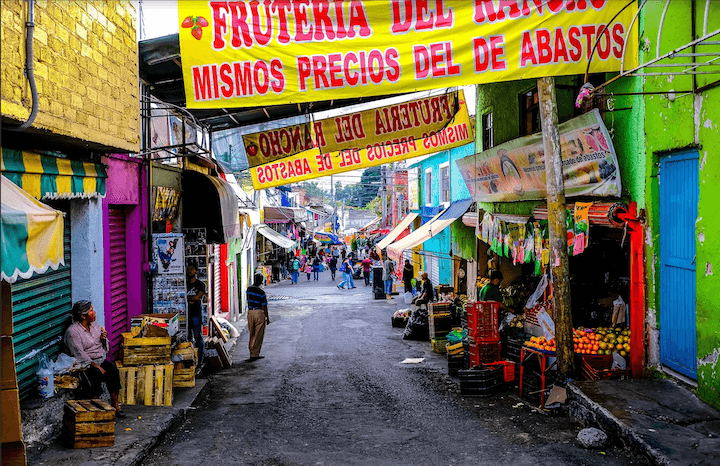 Almost fifteen years have passed since the U.S. Department of the Treasury’s Office of Foreign Assets Control (OFAC) sanctioned Paraguayan shopping mall Galeria Page for allegedly serving as a key financial support center for Hezbollah in South America.
At the time of the designation, OFAC also sanctioned several alleged members of Hezbollah operating in the Tri-Border Area (TBA), including Muhammad Yusif Abdallah, Hamzi Ahmad Barakat, and Muhammad Tarabain Chamas, among others.
The TBA is inundated with illicit activity, including drug and arms trafficking, contraband smuggling, and the illicit tobacco trade. The region also serves as a hotbed for sophisticated trade-based money laundering (TBML) schemes, and other forms of illicit finance.
The shopping mall sanctions in 2006 came two years after OFAC initially sanctioned Assad Ahmad Barakat, an alleged long-time Hezbollah financier who operates in the TBA. Galeria Page has since changed its name to Shopping Uniamerica; the mall has also gone by the name Galeria Uniamerica.

Using advanced search functionality in Sayari Graph, we identified more than 30 companies that list addresses as either Galeria Page, Shopping Uniamerica, or Galeria Uniamerica.
Given that OFAC has sanctioned the mall itself, U.S. persons and companies are prohibited from conducting business with any of the shops operating out of it.

Fig. 1: Sayari Graph snapshot of Paraguayan entities that list their address as Galeria Page, Galeria Uniamerica, and/or Shopping Uniamerica. Source: Undersecretary of State for Taxation (Subsecretaría del Estado de Tributación, SET).
The businesses are purportedly involved in a variety of economic activities, including import/export, transport services, the sale of medical supplies, real estate, electronics, appliances, and textiles, among others.
At least one company in the mall — Big Boss Internacional Sociedad Anonima — is owned by an individual sanctioned along with Galeria Page. The owners of Big Boss Internacional are Mohamad Fayez Barakat and Ahmad Fayez Barakat, according to corporate records from Paraguay’s Undersecretary of State for Taxation (Subsecretaría del Estado de Tributación, SET). Mohamad was sanctioned in 2006 along with Galeria Page and allegedly “collected money on behalf of Hizballah in the TBA, hosting fundraisers for Hizballah in the region and sending money to the terrorist group in Lebanon,” according to OFAC. Ahmad has not been sanctioned.
Mohamad Fayez Barakat is likely the brother of Ahmad Fayez Barakat, and the cousin of alleged Hezbollah financier Assad Ahmad Barakat.
Addtionally, a legal representative of Advanced S.A. — another company that lists an address in Galeria Page — appears to be linked to Muhammad Tarabain Chamas, the aforementioned alleged Hezbollah financier sanctioned by OFAC in 2006. The legal representative of Advanced S.A. is an individual by the name of Ali Mahmoud Karaki.
An individual by the same name was also listed as president of the board of directors and shareholder of a Paraguayan technology firm along with Tarabain Chamas at the time of the company’s incorporation in December 2005. It is unclear whether the technology company is still active, or whether Tarabain Chamas and/or Ali Karaki are still affiliated with it.
Indeed, there could be many more companies that appear in the Galeria Page shopping center that are either not registered with the SET, or have not updated their address to reflect their real location in the mall. In the same vein, it is also possible that some of the companies that list the mall as an address on their corporate tax filings, are no longer physically located there.
Previous research conducted jointly by Sayari and the Foundation for Defense of Democracies (FDD), a Washington, DC-based think tank focused on foreign policy and national security issues, identified at least 66 businesses operating from within the shopping mall, including companies that listed the mall as an address on their Facebook profiles. Information on the businesses identified was derived from various sources beyond corporate tax data from Paraguay’s SET, such as company websites, facebook profiles, official gazettes, and trademark data, among others. At that time, however, only nine of the 66 businesses were proven, through official records, to have a “presence in or association with” Galeria Page.
The discrepancy in the number of entities that are reportedly located in Galeria Page highlights the difficulty of conducting accurate and timely open-source research in the TBA.