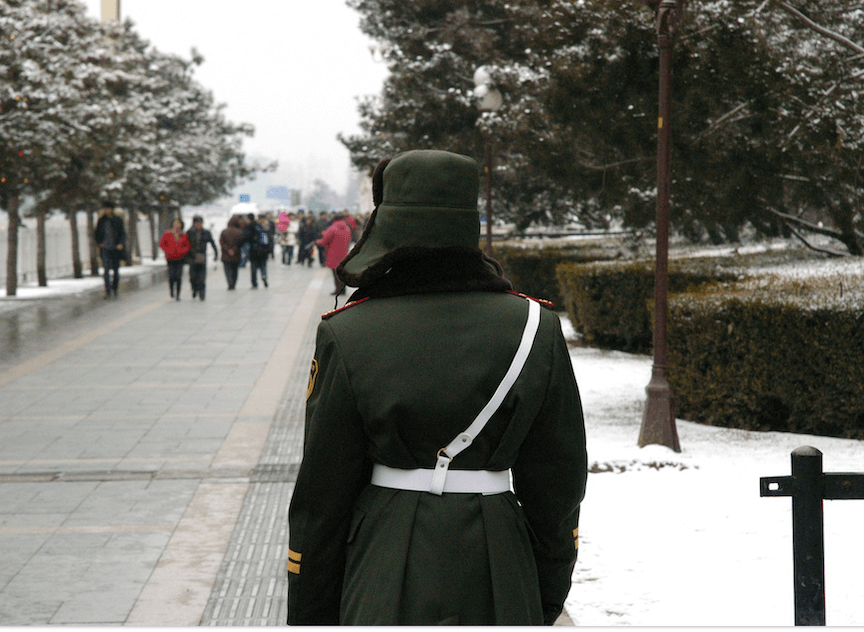 The U.S. Department of Commerce is considering designating 89 Chinese companies as “military end users,” Reuters reported yesterday.
This is the latest in a series of U.S. actions targeting Chinese companies with military ties. On November 12, President Trump issued an executive order (E.O. 13959) barring U.S. investment in 31 companies that the Department of Defense recently designated “Communist Chinese military companies,” pursuant to Section 1237 of the National Defense Authorization Act of 1999.
Leading Chinese tech company Hikvision, which was named in E.O. 13959, responded that it is not a military company because it is “independently operated and publicly owned.”
Public records confirm that many of these entities are not military-owned, or even state-owned. But E.O. 13959 looks beyond legal ownership, citing China’s Military-Civil Fusion (MCF) strategy as the source of U.S. concern over China’s growing military industrial complex.
We can identify Chinese state-owned entities (SOEs) and understand the regulatory and national security risks they may pose. But these recent U.S. actions show that for China, the risk does not stop with SOEs. We need to examine the MCF strategy to understand why these recent actions target entities that are neither owned nor controlled by the Chinese state, and how U.S. institutions can mitigate the risk posed by Chinese military companies.

MCF is a national strategy set by Beijing in 2015 meant to leverage the private sector to advance China’s military technology.
MCF differs from China’s prior military-industrial policies in its focus on harnessing private sector innovation and creating an integrated military-industrial complex outside state-owned enterprises. This coincides with the historic shift several decades in the making in China’s civilian industries from predominantly state affiliated to increasingly privately funded and owned.

Entities affiliated with the military

MCF has redefined the boundaries between the civilian and defense sectors in China. As a national strategy, MCF is intentionally broad. In theory, any entity with dual use capabilities could fall under the MCF umbrella, regardless of sector, size, or ownership.
The role of legal military ownership in MCF does not align neatly with traditional U.S. or EU frameworks for understanding corporate risk. MCF leverages dual use technologies to benefit the military, but it does not call for the military to increase its role in corporate ownership or governance. In other words, military affiliation through MCF is not the same as legal or de facto military ownership or control. For this reason, many entities that support the military through MCF retain non-military ownership and control structures.
In practice, MCF has focused on a few specific sectors, such as artificial intelligence (AI), and some enterprises have proven more willing participants in the military-industrial complex than others. Many, for example, see MCF as an opportunity both to secure government contracts and to gain credibility among other potential clients. Through procurement contracts and increased communication, these enterprises are affiliated with the military but are not military owned.
For example, China explicitly named Baidu, Alibaba, and Tencent as national champions to lead the nation’s AI development in 2017. None of these three were named in E.O. 13959 or the Defense Department’s Section 1237 report. However, due to the dual-use nature of their technologies, they also could fall under the broad umbrella of MCF.

In keeping with MCF, U.S. regulators are redefining risk to include not only Chinese military ownership and control but also broader concepts of military support and affiliation.
The Section 1237 and E.O. 13959 lists include non-state owned companies, described in the executive order as “ostensibly private” entities that “directly support [China’s] military, intelligence, and security apparatuses.” And in April, the Commerce Department expanded its definition of “military end user” to include any entity, regardless of ownership, that contributes to the operation, maintenance, or production of military items.

Enhanced due diligence for military risk

Determining whether a Chinese company meets these broader definitions of risk requires enhanced due diligence into the company, its corporate network, and its activities.
The Commerce Department has issued guidance that requires due diligence into an end user’s parent and subsidiary entities to determine whether it qualifies as a military end user, “in view of China’s widespread civil-military integration.” Similar investigation will be required to assess risk and meet compliance obligations under Section 1237 and the related executive order.
Public records can shed light on the opaque structures of major Chinese corporations, as we’ve demonstrated in previous analyses of Hikvision, the Xinjiang Production and Construction Corps (XPCC), and others.

Our team is using public records to identify high-risk holdings of the 31 entities named in E.O. 13959, all of which have numerous branches and holdings potentially engaged in MCF.
We will publish our findings in the coming weeks, along with insight into how to get ahead of regulators and identify other Chinese enterprises involved in MCF. Stay tuned, and in the meantime, please reach out with any questions.